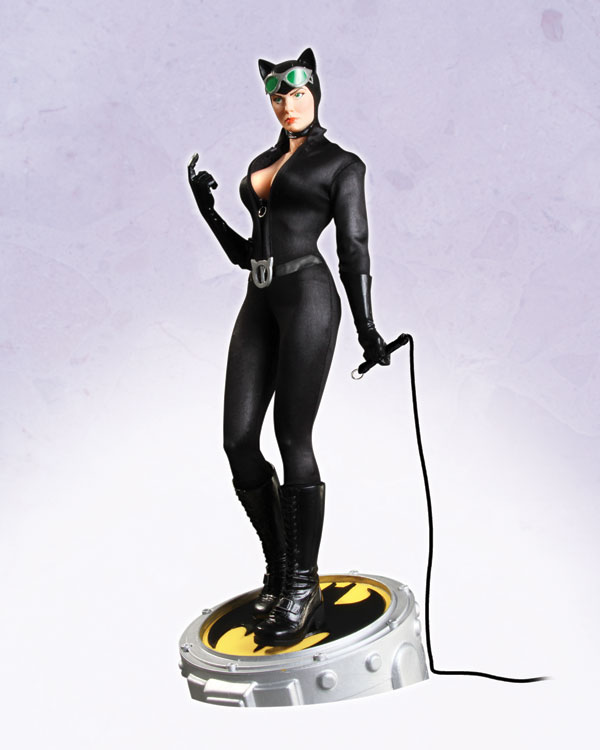 Catwoman’s popularity is on the rise again, thanks to her appearance in the new Batman: Arkham City game, and her upcoming role in the Dark Knight Rises movie.

Selina Kyle, alias Catwoman, is ultimate femme fatale and a gray portrait in Batman’s rogues gallery. Created by Bob Kane and Bill Finger, Selina Kyle’s first appearance was in Batman #1 in 1940. Since then, she has tormented and titillated the Caped Crusader, and has become an anti-hero in the process. She has starred in two long-running comic book series, one in 1993 and one in 2002. Catwoman also has a new comic book series that has recently launched.

This Catwoman statue stands 19″ inches tall and is sculpted by Karen Palinko.