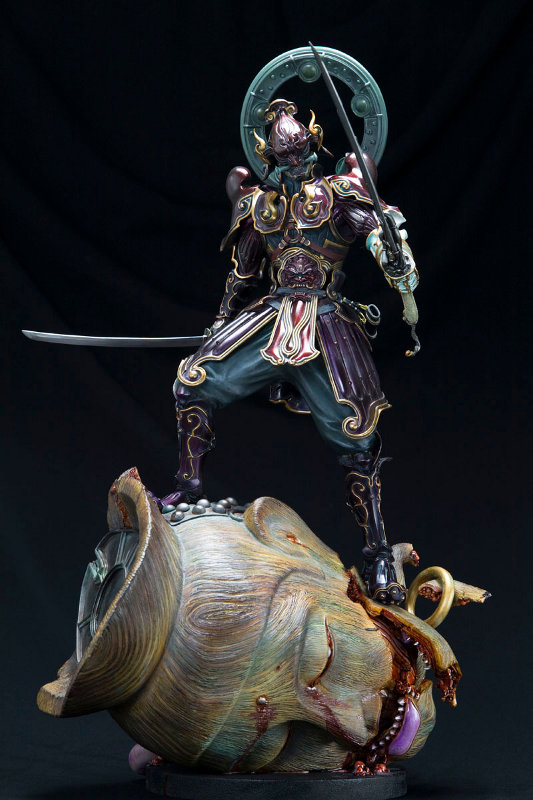 Yoshimitsu is a video game character who has appeared in every version of the Tekken game series. He is a ninja warrior and leader of the Manji Clan, and proven to be one of Tekken’s most popular characters.

The Tekken Tag Tournament 2 video game has already been released to Japan arcades, and it will come to platforms such as the Playstation 3 and Xbox 360 during the holiday season 2012.

This statue inspired by the game is sculpted by Japanese artist Takayuki Takeya. Yoshimitsu stands 14″ tall himself, but on top of the severed mechanoid head, the piece is 21.5″ high!