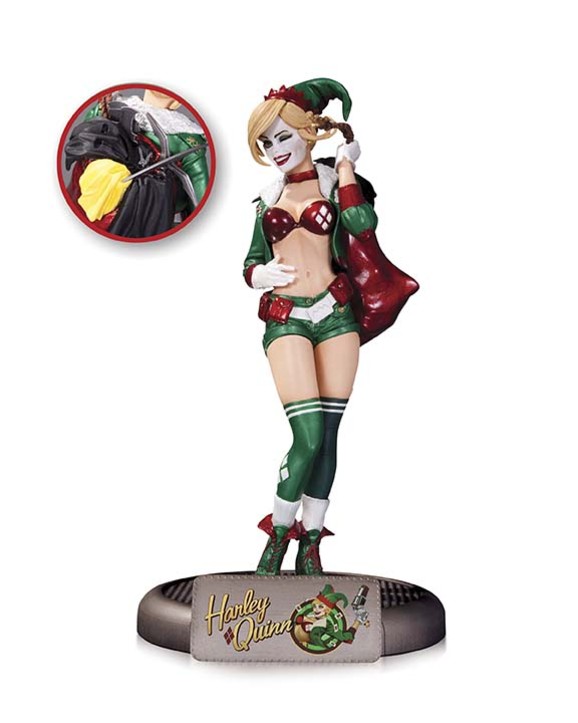 Harley Quinn first appeared on television in Batman: The Animated Series, and her first comic book appearance was in The Batman Adventures #12.

The Joker’s loving companion greets the holidays with a batty sack of presents in this variant statue. Holiday Harley Quinn Statue measures approximately 10-inches tall. She is dressed in a holiday red and green costume to celebrate the most festive time of the year! In Harley’s gift sack of presents is part of Batman’s costume.