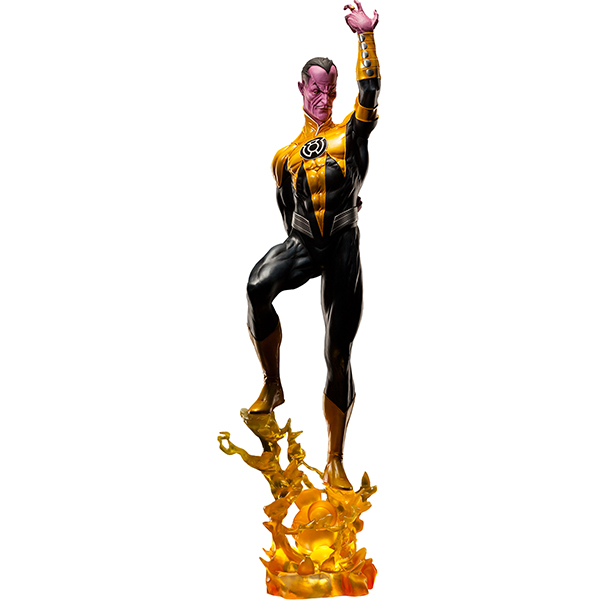 Sinestro — the greatest foe of the Green Lantern Hal Jordan — comes to the line of Sideshow Collectibles Premium Format Figures™. First appearing in Green Lantern #7 (1961), Sinestro’s origin was later expanded on, revealing he was once a Green Lantern Corps member, but turned against the Lanterns to become their most dangerous nemesis. Later, he would form his own group, The Sinestro Corps, and bring war to the Green Lantern Corps.

This piece is created by Kat Sapene (Paint), Steve Schumacher (Sculpt), Kristafer Anka (Design), Walter O’Neal (Design) and The Sideshow Collectibles Design and Development Team. It measures a34.5″ H x 9″ W x 7″ L. It is a limited edition of 1,000.

An exclusive version of this figure has also been produced, featuring a switch-out left hand with Sinestro Corps symbol construct. Limited edition of 500.