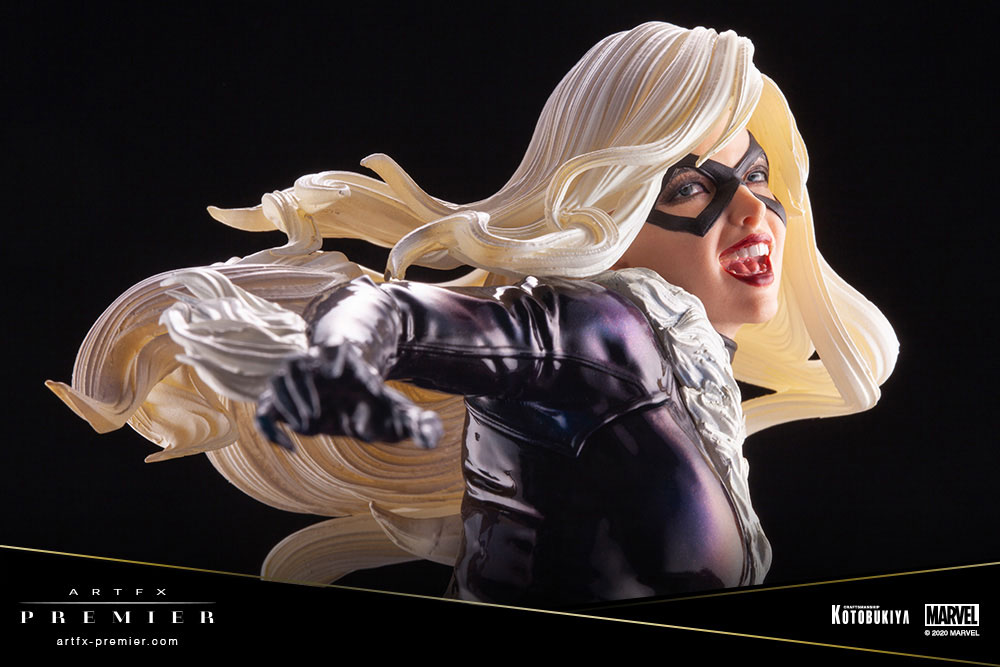 The “Woman of Marvel” line of statues from ARTFX Premier is a fan favorite line from Kotobukiya that showcases the most popular female heroes and villains of the Marvel universe. Added to this line of ARTFX Premier statues is the popular Spider-Man character Black Cat.

Black Cat, or Felicia Hardy, has been a popular character in the Marvel comics universe since she was first created by Marv Wolfman and Dave Cockrum. The daughter of a famous cat burglar, she first appeared in The Amazing Spider-Man #194, all the way back in July 1979. Black Cat started as a Spider-Man villain who used her training martial arts and acrobatics to follow her father’s teachings and became a cat burglar. Over time, Black Cat and Spider-Man started an on-again-off-again relationship that has lasted for many years in the comics. Today, Black Cat acts more like an anti-hero. Helping out Spider-Man as a trusted ally while sometimes falling back into her cat burglar ways. Outside of the comics, Black Cat has appeared in many different Spider-Man cartoons and video games. She even appeared, briefly, in The Amazing Spider-Man 2, played by Felicity Jones, in a tease for a larger appearance in a sequel that never ended up getting made.

They sent hThe “Women of Marvel” line of statues allows fans to show off their love for some of the most popular female Marvel characters currently in the comics and films. These statues feature detailed sculptures of the characters in comic-accurate costumes and with realistic facial expressions. Each statue shows the true essence of the characters by showing off their beauty, charm, and strength – all while keeping accurate to the personality that made them so popular in the comics. Black Cat is simply the newest character to join this line as an ARTFX PREMIER statue. In Black Cat’s statue, she is shown in her Black Cat Costume, with long platinum hair flowing in the imaginary wind, while perched on a building top. She looks ready to jump or pounce, off the building, maybe to help Spider-Man or rob a bank. Her facial expression shows her yelling, maybe taunting everyone’s favorite Wall-Crawler, as she is known to do. The possibilities as to what she is doing are limited only by your imagination.

The statue, as with all the statues in the “Women of Marvel” line, is an officially licensed Marvel product made by the manufacturer Kotobukiya. It came out in February 2021.

All links presented in this article are affiliate links. Thank you for your support! 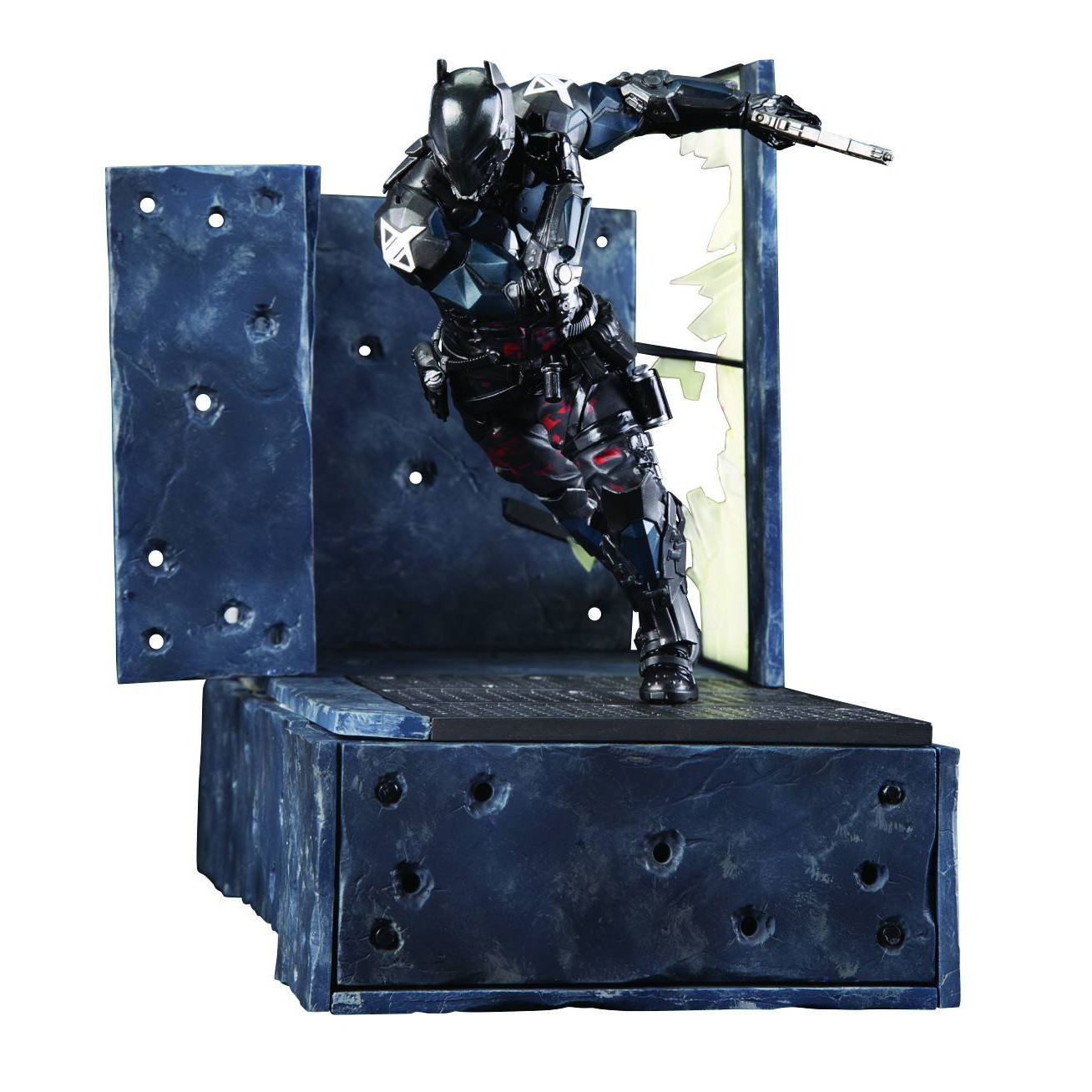 Based on the character from the Batman: Arkham Knight video game, this new Kotobukiya ArtFX+ statue is the game’s featured Read more 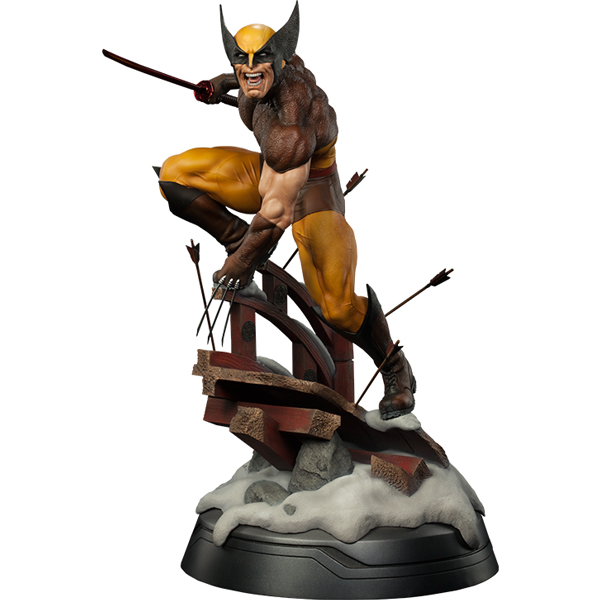 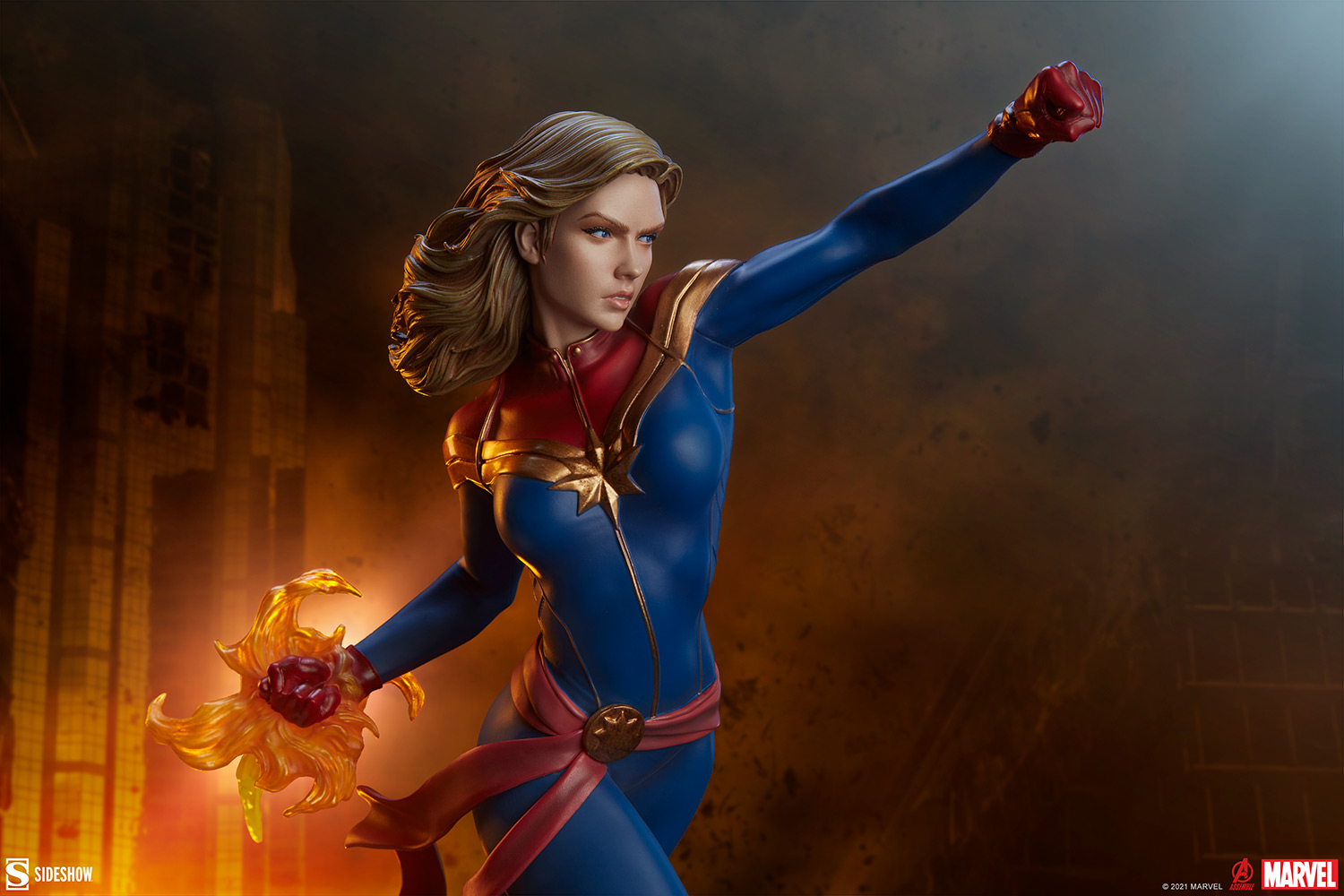 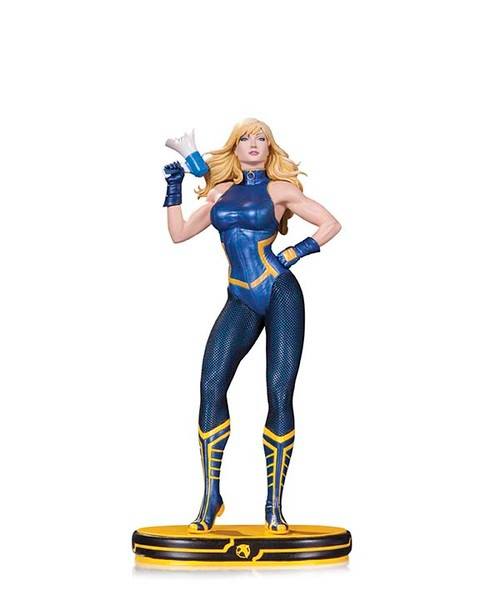