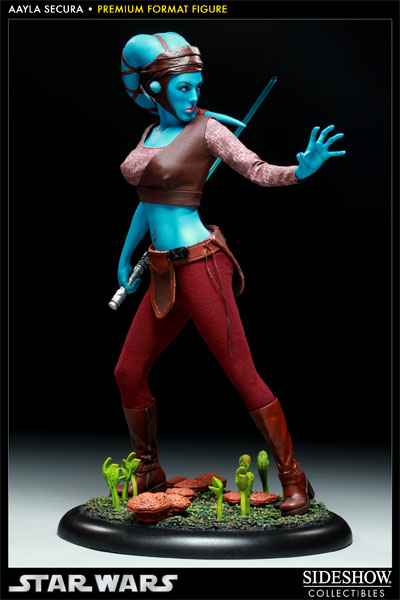 Aayla Secura is a jedi knight first featured in the film Attack of the Clones. She also appeared in Revenge of the Sith and the Clone Wars animated television series.