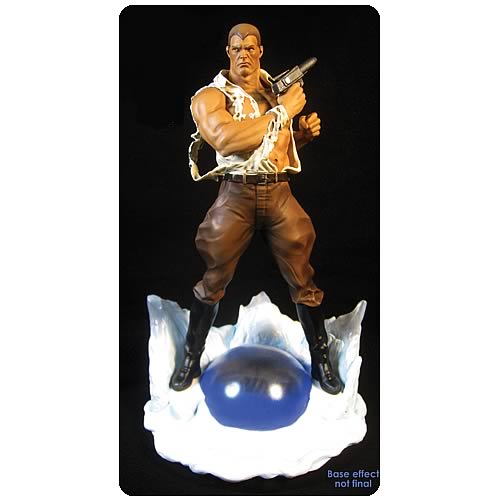 Created in 1933 by Lester Dent, Henry Ralston and John Nanovic, Doc Savage was one of the most popular heroes of the Pulp age during the first half of the 20th Century. Trained by scientists from his birth, Doc Savage developed his body and mind to near superhuman levels. Over the last decade, the Doc Savage books have been reprinted by Sanctum Books.

This awesome statue stands 12″ tall and is sculpted by Rubén Procopio and Bryan Wynia.