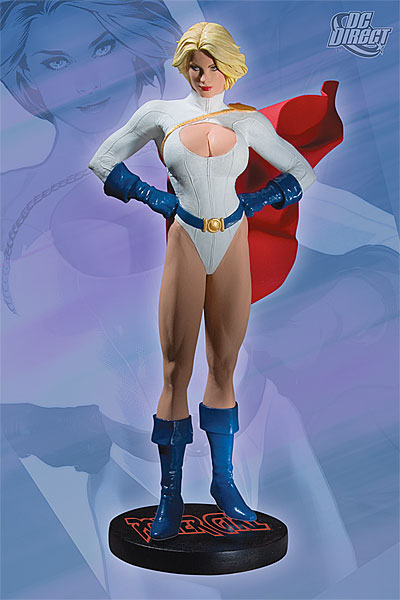 The Cover Girls of the DC Universe Power Girl Statue is available at Amazon!

Part of the Cover Girls series of statues from DC Direct, this piece features Power Girl! Originally from the DC parallel world of Earth 2, Power Girl’s first appearance was in All Star Comics #58 (1976). On Earth 2, many of the popular DC characters have counterparts, and Power Girl is the analog of Earth 1’s Supergirl. At first a member of the Justice Society of America in the 70s and early 80s, Power Girl’s status changed after 1985’s groundbreaking comic book event, Crisis on Infinite Earths. After this, the Earths merged and Power Girl soon became a member of the Justice League.

This beautiful statue stands 9″tall. It is based on the artwork of Adam Hughes and is sculpted by Jack Mathews.