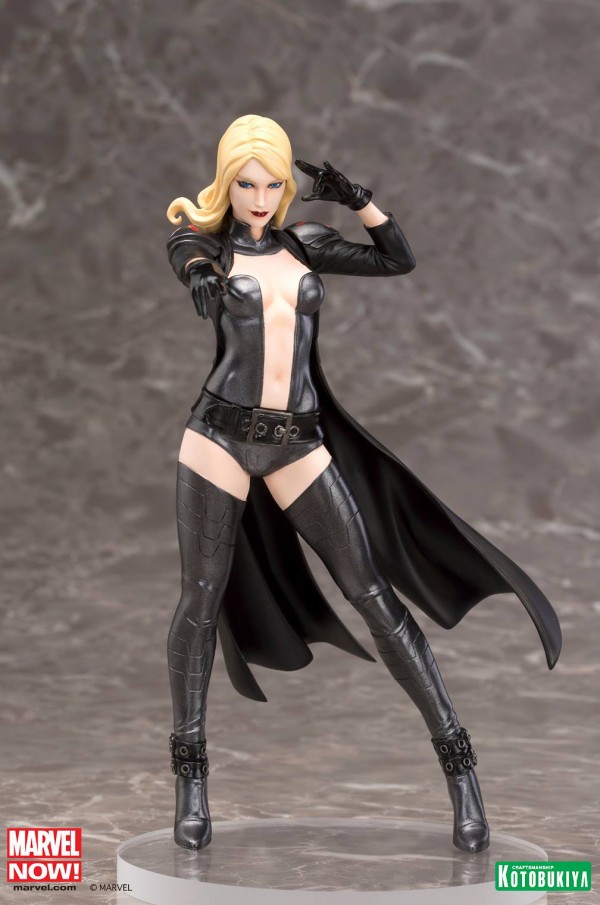 Emma Frost joins the Marvel Now! X-Men line of statues from Kotobukiya. A powerful telepath, Emma Frost — also known as the White Queen — has been an enemy and an ally to the X-Men. In recent times, she has held a leadership role in the X-Men and has become one of the team’s most popular characters.

In this beautiful statue, she is presented in her Marvel Now! look — a black bodysuit with a revealing cut that fits with the classic and alluring costume choices Frost has become known for. A red “X” on the shoulder guards marks her allegiance to her team, and she stands ready to use her powers against any oncoming challenges.

Designed by Adi Granov and sculpted by Junosuke Abe, the Emma Frost statue stands over 7.5 inches tall on her magnetic display base. 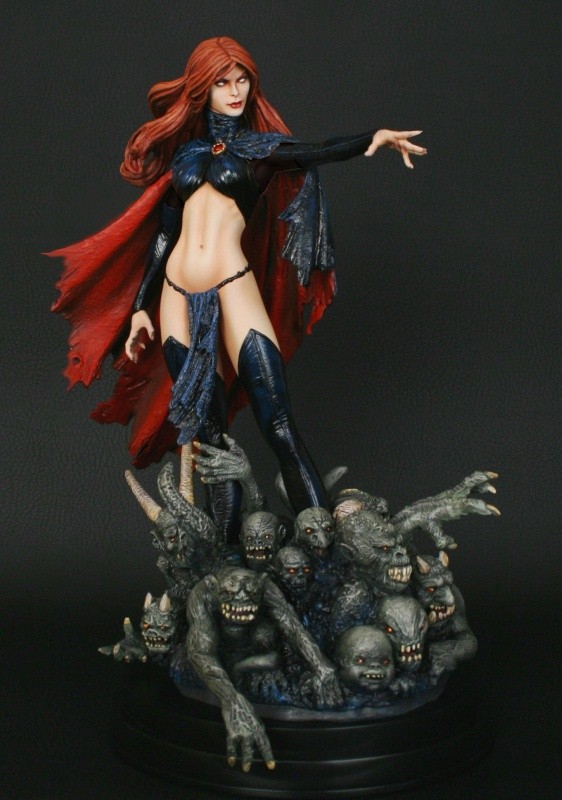 After Jean Grey (Marvel Girl, Phoenix of the X-Men) sacrificed her life to save the universe, Scott Summers (Cyclops of the X-Men) was distraught. Convinced he would never find love again, he met Madelyne Pryor, an aircraft pilot. Scott fell in love with Madelyne and the two of them were soon married.

When Cyclops later left Madelyne to return to the newly-resurrected Jean Grey, Madelyne came under then influence of dark forces that corrupted her into becoming the Goblin Queen.

This statue from Bowen Designs features the Goblin Queen surrounded by her demonic minions. It stands 12″ high and is sculpted by Tim Miller.

Darken your shelf with the Madelyn Pryor Goblin Queen Statue! 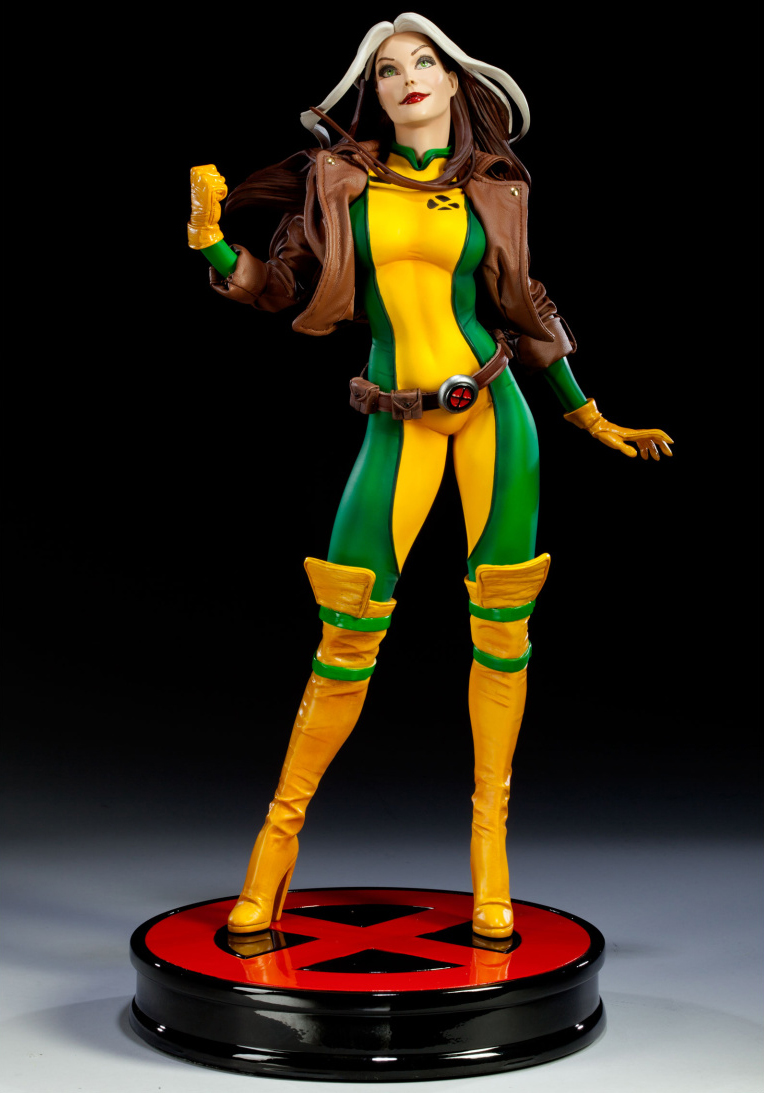 Rogue is a member of the X-Men. She has the power to absorb the powers and memories of other beings just by skin-to skin contact. Once she has absorbed a superpower, she can use it for a limited time. However, while once absorbing the powers of Ms. Marvel, she held contact too long, and permanently gained those powers. This happened when she was a member of The Brotherhood of Evil Mutants, and was told in The Avengers Annual #10 (which was also Rogue’s first appearance). Since that time, Rogue has had a change of heart, and has been welcomed into X-Men.

The Sunfire statue from Bowen Designs is now available!

Sunfire is an anti-hero mutant in the Marvel Universe. Created by Roy Thomas and Don Heck, Sunfire (whose true identity is Shiro Yoshida) first appeared in Uncanny X-Men #64 in 1970. As a mutant, Sunfire has the ability to absorb solar radiation. He can then convert that radiation and then ionize matter into plasma. The plasma becomes flame when it is exposed to oxygen.

Attitude-wise, Sunfire’s a real peach. He’s arrogant and doesn’t work well with others. He has been on the X-Men team briefly, but it never has lasted long.

This statue is sculpted by Khurram Alavi of Bowen Designs and stands 15″ tall. It is cast in high-quality polystone. Be sure to order this statue now, because the fiery mutant is sure to disappear fast!